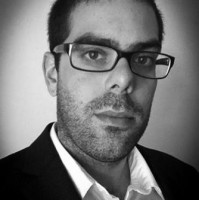 I'm a software professional with experience in different fields in the IT landscape always being involved in one way or another in Software Development, developing and testing code, leading and managing engineers.

Creating a Municipality Map of Portugal With Raphael.js

Last year I found out about a rule in the Portuguese tax code that allows local councils to give back a small percentage of the taxes to be collected back to their residents. This was seen as a measure to incentivize people to move or stay in poorer regions, which probably suffer from a shortage of jobs and services. This was a common practice in medieval times, with incentives as big as a more lax treatment in possible crimes among them. Of course back then the risk of an Eastern invasion by a Spanish monarch was very much in the day-to-day thinking of our rulers. One can speculate that if in 2018 all the Portuguese people live by the coast is the East still Portugal? I suppose if enough Irish speakers moved there it could be claimed as part of Ireland! But I diverge.